Time to play catch up on my blog... 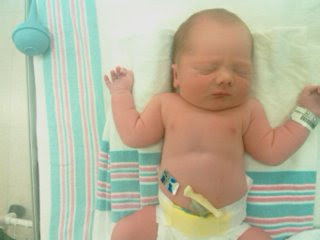 Lots has been going on lately. Due to the wonderful weather, I have been working on the new garden, working with all of the houseplants we bought recently, keeping things watered and green, and enjoying being outside before the heat here gets too bad to enjoy it. We have already had some "code orange" days due to the pollution, the humidity, heat and no breeze.
We have bought the outside paint to begin painting the house also. There is still much to do on the house inside and out, but little by little it is coming together.
Of course lots in the news, from more murder-suicides, to more suicide bombers overseas reeking havoc on innocent lives, to the murder of Dr. Tiller, which to me was a senseless, stupid act. I am not saying I agreed with his practices but killing him in his place or worship, or anywhere for that matter was certainly not the answer. I have not caught up on who this guy was that did the ridiculous deed, but I feel certain he is probably a nut case. Of course, now we run a huge possibility of more just like him doing useless harm to others. We all are allowed and are even encouraged to have our own opinions. But, no where does it say that we are allowed to take lives just because we do not agree with someone. Violence is NEVER the way to settle anything.
I just read a really great article on the Care2 site, about the way to handle conflict without violence, or even raising your voice. Effective communication is the main key, along with truly not just hearing someone, but truly listening to their side and trying to see why they believe as they do. As humans we all want acknowledgment that we are worthy, our opinions count for something, and we have our basic right to our decisions and opinions.

Of course there is just so much controversy surrounding so many issues at this time, from personal to political, it is difficult to keep up with each of them.

Issues from the bankruptcy of GM and Chrysler, to all of the instability of North Korea, and their nuclear testing of bombs, to our continuing down turn of the economy, to greed and corruption, to our much needed dramatic change in our health care system, to the ongoing brawl between the Senate and the House... moreover between the Republicans and the Democrats, our news seems to be filled with issues, rather than hope and peace. We have to make sure our eyes are wide open, and we are alert and cautious everywhere we go. No one wants to walk around in a state of being frightened, but the way things are, it is almost a given, from church, to your own home, the issues surrounding us are making way to the gruesome violence of many.

The plane that went down is a sad situation for those loved ones left behind. We may never know what went on those final moments, before the plane hit the Atlantic. I would hope those people went quickly and without suffering, but that is something as I said we can only have faith about, for finding any part of the plane is probably like looking for a needle in a hay stack so to speak.

I continue to recover from the shoulder surgery, and still have other issues, like the severe bruising and petechia on my arms especially that we do not have an answer to why it is happening yet. We are not very happy with our doctor at this time. He is either overwhelmed with too many patients or his staff is just plain stupid and not capable of doing their jobs correctly. I went there a week ago today in fact to drop off some blood work that my rheumatologist took about 4 weeks ago. There are several things that are abnormal, either too high or too low, that I feel really need to be addressed. Yet, still not a call back or anything. I even called on Friday, and the girl that answered the phone basically told me he had not even seen what I left. Which is frustrating and infuriating. So, I don't know if he just has not bothered, or if possibly he has not been given it to look at. Either way, it is just plain wrong.

I do have a new grandson as of yesterday at 7:59 am. He and my daughter are doing okay. He weighed 7 pounds nine ounces and is 19 1/4 inches long. Kind of light brown hair and so far blue eyes. He is a real cutie. My son in law emailed pics to me yesterday evening. His picture is at the top of this. Honestly, my daughter had already named him several months ago, but right now I cannot remember what she said. LOL, my mind is getting ancient.

Take care and best to each of you.... Rhia
at June 02, 2009
Email ThisBlogThis!Share to TwitterShare to FacebookShare to Pinterest
Labels: Domestic Violence, family, the economy