RARE DISEASE DAY 2018- - Raise Your Hand and Post this to help raise awareness and make a donation for a $1.00 for each click on this

Raise awareness for #RareDiseaseDay! 1 in 10 Americans have a #raredisease. Clicks on this link will support research for rare diseases. #NORD #CureClick. Every click counts: http://curec.lk/2Fd2yaV 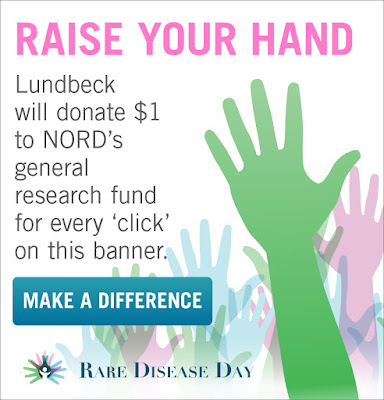 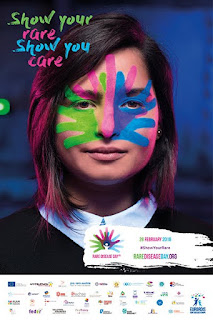 at February 27, 2018 No comments:
Email ThisBlogThis!Share to TwitterShare to FacebookShare to Pinterest
Labels: do you knOw what rare diseases are which, National Organization for Rare Disorders (NORD).rare disease, Rare Disease Day 2018

The "News" and how they TWIST INFORMATION THAT HARMS PAIN PATIENTS AND OTHERS!!!!!

I got SO PISSED AT THE NEWS LAST NIGHT, I COULD HAVE SPIT!!!


They started NOW on the "Non-Profit" Pain Organizations taking "kickbacks" as "donations" from some of the big "Pharma" companies that make the heavy narcotic pain meds... BUT RATHER THAN TELL IT LIKE IT IS, THEY "PIECED" TOGETHER what "they" wanted to make it mean, I was so mad I wanted to jerk Lester Holt through the TV and slap him LOL....

it is stupid, it would be NO different than a Pharmaceutical company that makes "cancer" meds, or "diabetes" meds giving money to non-profits... to help "educate" patients, to give information out to assist patients about medications etc that DOES NOT MEAN A NON-PROFIT IS "GIVING PRAISE" ETC to "any one" drug company, it means that they could be "working" together for a common goal, to help legitimate patients get the treatment they need, and keep it out of the hands of those who use it illegally, sell it and so forth...

then to top it off, they said there is "one doctor" who gave out "1,000" pain pills in a day!!! WELL, THINK ABOUT IT, IF A PAIN SPECIALIST SEES 25 PATIENTS A DAY OR WHATEVER, some having procedures, some having surgeries, many on different meds, and they see 10 PATIENTS IN A DAY, THAT NEED REFILLS FOR 30 DAYS OF MEDICATION... if a patient take 1 PILL every 6 HOURS a day, that is 4 pills a day times 30 DAYS IN A MONTH, THAT IS 120 PILLS ... WELL IF 10 PATIENTS NEED REFILLS THAT IS 1200 PILLS BUT IT IS FOR 10 PATIENTS FOR 30 DAY SUPPLIES!!!!!! NOT 1200 PILLS ALL AT ONCE FOR ONE PATIENT!!!! OMG! I was SO PISSED, IT IS RIDICULOUS THAT THE NEWS PIECES TOGETHER WHAT GIVES THEM RATINGS! and harms others!!!!!

No matter what the subject is now days, the news takes it tosses it like a salad and then comes up with how they want it to sound for their own gain!!!! THAT IS why I don't believe much of anything they say now days, and in fact rarely really "listen" or watch the news channels!!! They are the ones that bring forth some of the issues in society we have today. Their very "way" of twisting "their truths" to suit their own status and ratings.... People should be standing up and hey we will not put up with, listen to, nor watch the garbage you guys spew out anymore!!!!
at February 19, 2018 No comments:
Email ThisBlogThis!Share to TwitterShare to FacebookShare to Pinterest
Labels: chronic pain patients, International Pain Foundation, IPF, lies news, narcotic pain medications, news sensationalizism, pain doctors, pain patients

HAPPY VALENTINE'S DAY TO ALL MY DEAR FRIENDS NEAR AND FAR!!!!

May Each of You Find and Share the Love of your Lifetime with Your Soulmate... the one person who keeps you close to their heart no matter what, who loves unconditionally, who respects you, who shows you how proud they are of you.... that honors the "bonds" you have made with one another, and when you look into their eyes, you KNOW you are truly and forever loved beyond all words....
Happy Valentine's Day!!!! 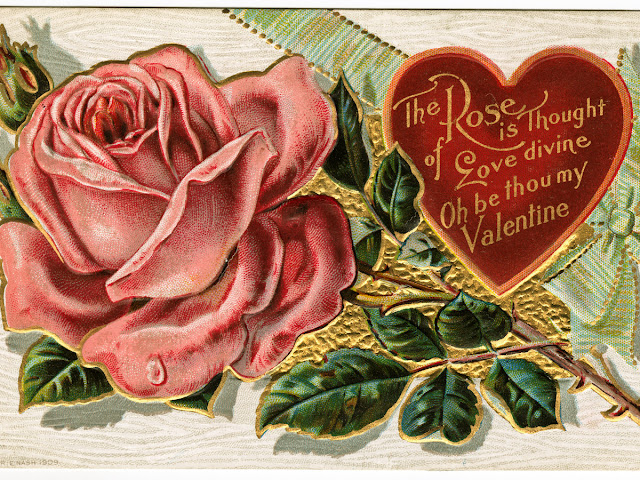 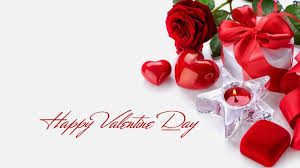 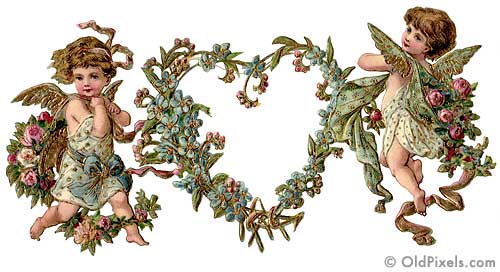 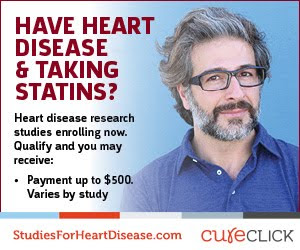 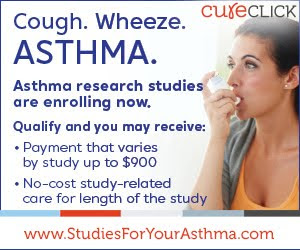 Diagnosed with NHL? Enroll in a clinical research study for an investigational medication. You may be eligible. See if you qualify. http://curec.lk/2C0r6i4 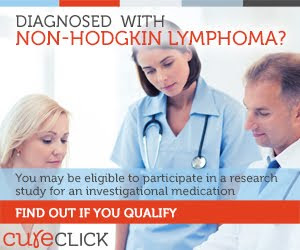 
No relief from current #antidepressants? Join local research studies and get access to different options. Payment up $500. Varies by study. Get Started Now. http://curec.lk/2mJNnvj 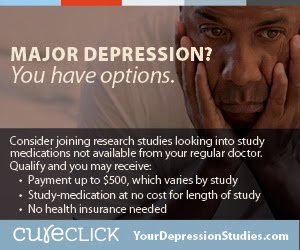 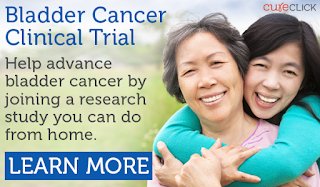 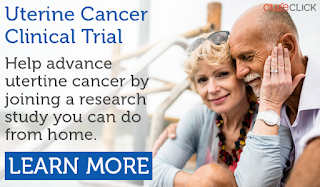 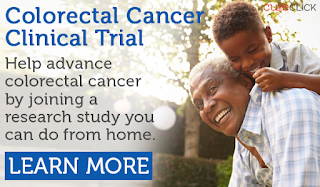 Your Sharing Link copy and share this unique link
http://curec.lk/2vCjOxQ

Readers of Mad in America are deeply familiar with the tangles of public policy which surround voluntary or compelled interventions with psycho-active drugs in people who are experiencing life crisis. Some readers will also be familiar with a different kind of crisis and its policy tangles, in the difficulty which many people encounter getting medical assistance for chronic intractable pain."


I want to wish everyone once again a Happy Beginning to 2018! I cannot fathom that we are already moving into February! It was like yesterday, the holidays were here.

Now, we move on to the "flu season" which has been a nightmare to say the least!

I've spent well over 6 weeks "sick" but not really with the flu. Mine I feel had began as both an RA and a Lupus flare, both severe. I had not been feeling well since before Christmas, but I put off going to my doctor's or to Urgent Care. It was the holidays, it was everyone beginning to be ill with the flu (viruses)... and at that time they were just beginning to see that the "flu" strains which are several, were not all covered by our vaccine.

I had gotten my fly vaccine back in September. I happened to be in my PCP's office for a follow up and they had gotten theirs in, so I went ahead and got mine. Being one of the hundred's of thousands with the screwed up immune system, between the autoimmune illnesses, and the medications that also contribute to our systems being weakened, I've been taking the flu and pneumonia vaccines, when I need them. I had the flu about 10 years ago and was ill for a month. In fact it was just after the Christmas Holiday, at the time I was a manager for a retail women's clothing store. I passed out almost while at work, and my daughter had to drive me to the ER across town. And I had the flu. Of course that was the worst time for me to be ill, due to that job. With all of the after holiday sales, and inventory time, I was sick for a month, and lost the job. Other things beyond my control also did not help, but it really hit me hard.

Then while in Seattle, I had gotten not only double pneumonia, but also the whooping cough at the same time. Again, in fact, it was the 1st day of a brand new job I was headed to, I got so ill in the car, I had to turn around and go back to my apartment. I called in and told them I was so ill, and went to an Urgent Care down the road. They wanted me to be admitted to the hospital. but, at the time, I was supposed to start a new job, was in the process of moving, and going into a whole new "life and career" at the time. The irony to the entire thing is when I had interviewed for the job, both "bosses" were SICK! They had been coughing, sounded terrible, and although I sat WAY on the other side of the table, I honestly think I got sick during the interview, or was exposed.

After 10 days and two trips for shots, cough meds, and antibiotics, and then a lingering cough for a month, I got "better", went to work, moved into my new apartment, and was settling in to the new life style.

So, the "flu" and "pneumonia" are two things I prefer to stay away from if at all possible. Yet, I've had pneumonia a couple of times since, even with the vaccines. So, it can happen.

My RA has been really worse over the past 8 to 10 months. We changed me over to Actemra, from Enbrel. But, after 6 months I am still showing signs of active RA especially in my fingers, wrists, and ankles, and some in my hips.

I felt when they took me off of the Methotrexate, due to infections, that is when I began to have a more severe action of the RA. I had asked if we could try the MTX again, but they just didn't want to chance it. I had mentioned "Xeljanz" before, but at the time we were just beginning the Actemra, so the wanted to wait.

I shall continue this either later today or tomorrow....