The "News" and how they TWIST INFORMATION THAT HARMS PAIN PATIENTS AND OTHERS!!!!!

I got SO PISSED AT THE NEWS LAST NIGHT, I COULD HAVE SPIT!!!


They started NOW on the "Non-Profit" Pain Organizations taking "kickbacks" as "donations" from some of the big "Pharma" companies that make the heavy narcotic pain meds... BUT RATHER THAN TELL IT LIKE IT IS, THEY "PIECED" TOGETHER what "they" wanted to make it mean, I was so mad I wanted to jerk Lester Holt through the TV and slap him LOL....

it is stupid, it would be NO different than a Pharmaceutical company that makes "cancer" meds, or "diabetes" meds giving money to non-profits... to help "educate" patients, to give information out to assist patients about medications etc that DOES NOT MEAN A NON-PROFIT IS "GIVING PRAISE" ETC to "any one" drug company, it means that they could be "working" together for a common goal, to help legitimate patients get the treatment they need, and keep it out of the hands of those who use it illegally, sell it and so forth...

then to top it off, they said there is "one doctor" who gave out "1,000" pain pills in a day!!! WELL, THINK ABOUT IT, IF A PAIN SPECIALIST SEES 25 PATIENTS A DAY OR WHATEVER, some having procedures, some having surgeries, many on different meds, and they see 10 PATIENTS IN A DAY, THAT NEED REFILLS FOR 30 DAYS OF MEDICATION... if a patient take 1 PILL every 6 HOURS a day, that is 4 pills a day times 30 DAYS IN A MONTH, THAT IS 120 PILLS ... WELL IF 10 PATIENTS NEED REFILLS THAT IS 1200 PILLS BUT IT IS FOR 10 PATIENTS FOR 30 DAY SUPPLIES!!!!!! NOT 1200 PILLS ALL AT ONCE FOR ONE PATIENT!!!! OMG! I was SO PISSED, IT IS RIDICULOUS THAT THE NEWS PIECES TOGETHER WHAT GIVES THEM RATINGS! and harms others!!!!!

No matter what the subject is now days, the news takes it tosses it like a salad and then comes up with how they want it to sound for their own gain!!!! THAT IS why I don't believe much of anything they say now days, and in fact rarely really "listen" or watch the news channels!!! They are the ones that bring forth some of the issues in society we have today. Their very "way" of twisting "their truths" to suit their own status and ratings.... People should be standing up and hey we will not put up with, listen to, nor watch the garbage you guys spew out anymore!!!!
at February 19, 2018 No comments: Links to this post
Email ThisBlogThis!Share to TwitterShare to FacebookShare to Pinterest
Labels: chronic pain patients, International Pain Foundation, IPF, lies news, narcotic pain medications, news sensationalizism, pain doctors, pain patients

"Information" I heard from a friend, that I thought I would "share" BUT I am NOT saying this is true... about our Governor of Texas.

I found out an interesting fact about our Texas Governor. I guess I've been so busy and really not into much of what is happening here, there and yonder, that I also know why I didn't know that he is in a wheelchair, and has been after a tree fell on him years and years ago. After a friend of mine telling me about it, I went to his website, and to his Facebook page and noticed they never show many of his photo's where he would have to be "standing" and even the ones sitting down, usually you can't tell he is in a wheelchair.

Now, I have not found out about this for sure, but I do know of course for a long while after the accident, of course he was on pain medications. I will not say for sure, but I gathered he probably still suffers pain from that injury due to arthritis, and of course something such as that, the older you get it tends to give you issues with stiffness, pain, and as I said arthritic issues.

I say this because as I said I have not read it with my own eyes, but he has in his own way "taken up" for those of us with chronic pain that must take prescription medications. Us that truly are under a legitimate physician's care, and taking our meds as we should. Anyway, I waited a couple of days before putting this here, as I surely DO NOT want anyone to think I am saying it for sure. As I said, this came from a friend, and as far as reading he "said" anything for sure, I have not came across it, BUT we also know for the most part WE CANNOT TRUST OUR NEWS anymore. They will "say" and "tell us" what THEY can get headlines, and "sensationalize" stories for their own monetary and ratings gain. Thus with all of the "negative" crap about pain medications on the news everywhere now, they probably would NOT come out and say something knowing how they are. It may "hurt" their ratings or piss some of their "ties" to who know what off.... Rhia

The things I shared about the tree falling on him etc. is true. You can read about that online and the story about how it all came about.

But, as far as this about pain medications, I am NOT stating that I saw it, read it, etc... I have tried to look a bit, but not that it really matters, although having "someone" on our side, that KNOWS what we deal with as far as chronic pain, would be a nice change, other than being put down for "being dope heads" or "addicts" or that we are a bunch of "liars" and so forth.

As I said I am NOT happy with the news, any of it.. I don't believe half of what I read or see, because they want those ratings, and those millions of viewers, and all of the revenue from commercials etc.

I just thought it was a bit interesting, and IF someone does KNOW of where there is an article or something that Governor Abbott did say, I would like to know about it.
at February 06, 2017 No comments:
Email ThisBlogThis!Share to TwitterShare to FacebookShare to Pinterest
Labels: "DO No Harm", chronic pain, Governor of TX, new media and their ratings chronic pain patients, news sensationalizism, physicians that treat chronic pain, Texas
Older Posts Home
Subscribe to: Posts (Atom)

I believe when we FINALLY have done the research, have a "cure or something to lessen the illness when you contract it... that ther... 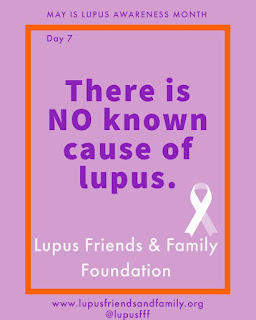