Specialists-A WASTE OF TIME & MONEY ON A SO-CALLED (NP) DERMATOLOGIST WHO KNEW NOTHING!

Going to a "Specialist", Getting NOTHING but MAD, when they do not know a thing about WHY you were sent! When My Rheumatologist (NP) & My PCP BOTH already had agreed I had "probable Psoriatic Arthritis"

I've been "waxing and waning" at least 4 months, maybe more at this "sudden acute break-out" that started on the outside of my right ear, sudden big "flakes" on my scalp (NEVER HAD that before at all", then the top part of my upper chest, and my upper shoulders, a spot over my ears, and one on my nose, then on the side of my face... and a bit on my right wrist... ALL APPEARED.. they are round, at the time very, very "flaky, thick" almost as if it had been a sore that took a long time to heal. But, no itching, looking horrible, and no sign of getting better, just every one of them flaked every day... I tried everything I could think of, yet nothing seemed to be helping.

I did my own "research" and found with my other Autoimmune issues, the RA, Lupus, Sjogren's, Raynaud's etc... and my joints getting worse with stiffness, pain, beginning to "twist and turn" all of my knuckles on both hands swollen, I felt it could be Psoriatic Arthritis".

I had seen both the PCP & the Rheumatologist (NP) BUT this was after 3 months of them beginning to heal. They could still see it on my scalp, and how it flaked off a few places, BUT OF COURSE they had began to look a bit better. As always, about the time you begin to get well, & go to the doctor so then they cannot get a good idea.

BUT, everywhere I had one, a round white scar almost with a bit of a sunken spot in it developed. Plus even now I still have a couple in my ear.

So, after waiting weeks, getting into a "Dermatologist" & try to avoid Dallas, I found one closer. I go yesterday, & before I went I called & asked if there were any "precautions" they were taking, other than the normal ones for the Coronavirus. Well, the lady on the phone about half acted as if she didn't even know what I was talking about. Then she said, "we are going by what the authorities are saying. So, still a bit hesitant with all of my other issues (even the pacemaker, it's been there 7 months but it can be like the autoimmune illnesses, a complication, even with the flu etc. I always am very cautious during the flu season.

So, I go into the building, NO HAND SANITIZER, NO WIPES, NOTHING... not at the door, at the lobby EVEN NONE IN THE RESTROOM! Well, by now I was a bit nervous. Of course I had my own, so I put some on, after washing my hands, and & went to find their office. Again, I go in the office, NO HAND SANITIZER, WIPES AND EVEN NO KLEENEX!!! NOW I was REALLY getting to the point I wondered if they took "any" precautions. There was NONE in the rooms, and other than a very small "posting" you could barely read on the wall in the waiting room, NOTHING about it! They called me in, the nurse NEVER asked about a fever, if I had been exposed possibly, or had been out of the country. Plus again NO HAND SANITIZER, NO TISSUES, NO SIGNS POSTED, NOTHING. SO, that was bad enough, then she was an hour late!! And she "barely" looked at anything I was trying to show her, or listen to what I was saying. And just said, "I don't think it is psoriasis"and I asked what about these white round "scars" left? She had NO answer... for one thing they are ugly & with spring and summer coming it is bad enough with the scars I have due to surgeries. So, she basically, told me the same thing I knew, about lotions, what to use etc.. and said "if I have some that come up she can see "better"then call & come back.

By this time I was fuming and disgusted, and she even tried to shake my hand! I almost walked out without paying the co-pay I was sob freaking peeved! I left there upset in tears, ruined my day, when I could have been home working on my lawn, a waste of gas and money for a co-pay I should really not have owed. I paid it, hurried out, used my hand sanitizer, then went to the restroom and washed my hand... & the closer I got home, the more upset I got.... I wished I would have taken pics when the places were so bad... so, at the last I asked her "would Enbrel be a medication they MIGHT USE TO HELP THIS?"  SHE SAID "YES"... one of them & there are several others out they use for it. So, I said well I went back on my Enbrel about 4 to 5 weeks ago. So, I told her that, & she said well let's "hope", that will help. (So all of the paperwork I filled out over the previous weekend, along with medications, illnesses, surgeries, whom my doctors were etc... she NEVER even looked to see I was on Enbrel, Prednisone, Plaquenil, & Methotrexate.. because those 3 are the older ones they use... NEVER, NEVER, EVER WILL I GO BACK NOR RECOMMEND THAT OFFICE TO ANYONE! I have had a doctor or two really upset me over the years, but this one really "did not know her rear from a whole in the ground".... 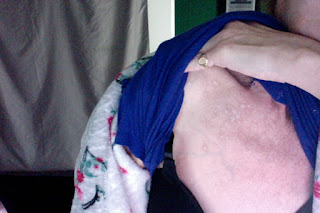 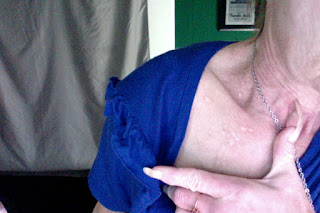 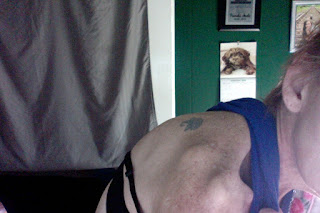