Election 2020, Presidential Campaign goes to President Joe Biden & V.P. Kamela Harris Declared the Victors! The PEOPLE SPOKE! Finally, Dump Trump is OUT; BUT I'm Sure Sadly We haven't heard the last of him?!

PRESIDENT JOE BIDEN & KAMELA HARRIS WITH 1ST LADY, JILL BIDEN declared the HISTORY Making THEM VICTORS! THE PEOPLE SPOKE DUMP TRUMP IS KICKED OUT, YET SADLY I AM SURE WE'VE NOT HEARD THE LAST FROM HIM!

What a nail biting, frightening at times, yet victory declaring Election 2020! Many things considered 1st time happenings; from the V.P. being the 1st "Woman" to be V.P. & 1st WOMAN OF "COLOR" (as Kamela herself put it).

This election brought out MORE VOTERS than in any other election, more people of other races were also a 1st time happening. If that is not enough to put to memory, PEOPLE CAME OUT ALTHOUGH THE NUMBERS OF COVID-19 ARE WORSE THAN EVER! There were more "mail-in" ballots in just about every state than ever! The New President Elect Joe Biden is the "eldest in history" to take this office.

Now if each of us could take this and much more incredible positive, & relief from Trump on our plate; WE ALL KNOW THAT THIS ISSUE WITH "Trump will never put those big boy pants on" as one of the News People said, and concede as Joe Biden President. We also figure this is NOT the LAST of what we hear from that person, that absolutely has taken our country down, down, down almost to the bottom of all nations. He has spent more of the peoples money on "his own equipment, such as Air Force One, The Helicopter, Secret Service, FBI, and the CIA, that is not including all of the "trips" to his personal golf courses, casinos and lavish hotels.I WILL SAY HE SPENT MORE TIME AT HIS OWN "GOLF COURSES", ON TWITTER (TO which I will never understand how he was allowed o speak one word on there). He has NOT PAID HIS INCOME TAXES FOR 15 YEARS, from what the news has said and only paid $175.00 dollars, yes you read that right, he paid a whole one hundred Seventy Five Dollars and no cents (which he has no sense). How MANY  of us Americans have not paid our income taxes within a few years, that are no found, asked to pay, or at least make arrangements to pay?

How many Americans have, when they owe only owe $175.00 to the IRS? How did he get by with all of the lies, the junk, the name calling, the temper tantrum taking, and have it put up on HIS TWITTER PAGE THAT HE HIMSELF POSTS? When President Obama could NOT even keep his OWN Personal "Black Berry" for things such as Doctors appts, & family information such as birthdays?

As I have continued to say, Stump's only solution to ANY ISSUE is to THROW GREENBACKS" at it, and it will go away, or get fired, or get ran threw, or get a "pandemic" started, declare a new person as a Member of the Supreme Court with the Presidential election within 2 or 3 weeks? How was HE allowed to "hire" and "fire" staff by the dozens depending on whether they "agreed" with him or "disagreed" with Him? He gave speeches, talked to the news, to the public and would not allow his staff to assist in making sure "FAQs" were in place? He was almost impeached, and should have been. He played "footies" with Russia, North Korea, China, & others, then talking trash about them after he had told everyone "Oh, they are great people!"

This "list" of the most hair raising, mind blowing events, in history by any other president is slim to none. Before I say more on that "fact" I will look more up. there are so many that he pulled as far as lies and stunts, I need to look the up to do my own "Fact checking". If much of the entire ordeal of the negative stunts he pulled ever comes out, people will be horrified, as to how he could have ever made 4 years as "Commander in Chief". I say he is a narcissistic, habitual liar, with OCD, and several other mental illnesses, that left our nation in ruination.

Shall I say more? I don't have to BUT I WILL be telling much more about this wondrous change in our country, the jackass that left, about COVID-19  (Corona virus). This blog post shall be the 1st portion of my next book, (which I don't have a title for yet").

I have continued to wonder why I have had such a "hole" in my thoughts for writing my next book, that I had been concerned that my book writing days were over. Yet, it was due to these other "events" that need to be marked in history... and I realize there will be MANY books written and published on these subjects. I want to give everyone a "feeling" if just how these types of horrible issues especially those who are disabled, chronically ill with many different severe illnesses and diseases. Those who are "below" poverty level or at the very least struggle week to week, paycheck to paycheck, or search everywhere for a job; all the while terrified of getting COVID-19 and/or bringing home to their families.

And as I said on my facebook - only one word to describe TODAY! & THE NEXT 4 YEARS!

"Election day 2020 November 3rd most important for you to VOTE & Pray Americans shall find Truth, Peace, Wellness and Healing with this Day of "Reverence" & Glory

I usually don't discuss politics" very much online or even in person. I feel everyone is allowed to their own personal beliefs, whether I or others believe in them or not. I have even heard of families "fighting or broken apart" due to "political beliefs". So, for me to each his own whether I feel the same or not. I just this t=year after ALL AND MORE each town, each city, each county, each state, the nation and the world have gone through, WE HAVE to SEE a DRASTIC AND DIFFERENT CHANGE IN ORDER TO REGAIN our Values, Morals, the health of our people and nation, as well as the world. From COVID-19, to severe droughts and wildfires, to floods hurricanes, tornado's, earthquakes, amid other difficulties caused from things such as COVID, loss of jobs, a filing of our investments, like Wall Street on a roller coaster ride. Prices going UP, UP, UP, all the while salaries going DOWN, OR STAYING THE SAME.

The NUMBER of us who have found ourselves in a deep depression both physically and financially. People, from families , friends and strangers rising up against each other, loss of respect for one another, as well as our law enforcement. Yet Law Enforcement so over wrought they are (some not all) are in such strain are beginning to unravel lso, and use their "power" unwisely. Yet, under the terrible situation we see just about any town or city is in, it's difficult to blame them, they are frightened also.

So, THIS IS A MAJOR MUCH NEEDED ELECTION TO BRING CHANGE FOR EVERYONE! To heal us, physically, mentally, financially, job wise, emotionally, in spirit and in one another.

We MUST FIND "TRUST" BACK WITHIN ONE ANOTHER AND OUR NATIONS AND GOVERNMENTS.. AS WELL AS COUNTRIES AS A WHOLE. I realize this is one of the most crucial yet difficult elections there is. with COVID here, with the mail service slowed to a crawl, & other hardships making it hard to get our votes out to count, but we desperately need those more than ever. Plus it's YOUR RIGHT TO GET YOUR VOICE OUT THERE AN HEARD!!!!

So, for those of YOU who have NOT voted yet, TODAY IS THE FINAL TIME! If you can't get to a polling place yourself, try to find a relative, neighbor, some towns maybe offering free rides especially for senior citizens, some way if possible to get to the place you vote..

BE SURE TO HAVE YOUR MASK, YOUR HAND SANITIZER, GLOVES IF YOU HAVE THEM OR PREFER THEM, & if your ity has long lines maybe a lawn chair to sit on, for those who can't stand for a long time, maintain the 6 foot social distancing if possible, & most of all BE RESPECTFUL OF OTHERS AROUND YOU!

TODAY THE ONE THING TO REMEMBER IS YOUR VOTING MATTERS"! and although many of us don't think it does due to the "Electoral College" YOUR VOICE DOES MATTER!!

Be Safe,  Be Well, Stay Respectful, and Pray whatever the outcome, it shall be the right one or our Nation!

Come in Today, Join WEGO HEALTH to Advocate as a patient Advocate Leader & Help Hundreds and yourself!

Come and Join in being...

A Patient Leader with WEGO Health! Truly an amazing way to help others, yourself,

caretakers, or anyone who would like to take some time with advocacy! Let your voice,

and your words truly be heard and shall bring assistance, information and so much

more that could use your Patient Leader skills to change lives forever! 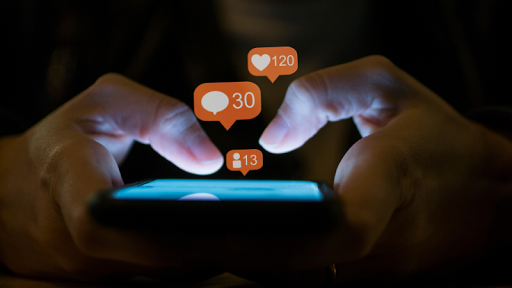 FINALLY BRAVED THE STYLST AND SHE DID GREAT! NOW IF I CAN GET IT TO DO THIS!!!! 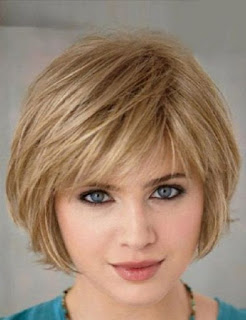 It is awesome and looked so great when she cut it!! she can perform miracles!!! Now if any of us can perform getting rid of covid, the flu, pseudogout,ra lupus,psa and so forth, it would be awesome!
great styles from pinterest and
http://favehairstyles.com/2016/02/26/50-short-haircuts-fine-hair-womens/
at October 19, 2020 No comments:
Email ThisBlogThis!Share to TwitterShare to FacebookShare to Pinterest
Labels: 2020 hairstyles
Newer Posts Older Posts Home
Subscribe to: Posts (Atom)