It Seems that "wrong" keeps going on and on and on"

It seems I just can't get a break anywhere. I had the Cataract surgeries. I got the impression I would ONLY need reading glasses. So, I go in for a two week visit to my optometrist & he gives me the impressions I still need some fixation in them even far off. Well, the cataract surgery was supposed to get rid of the astigmatism & it should have only correction some for reading. So, after I saw him I went over to order the glasses & of course I don't think they took the "prisms" in mind when they began getting ready for the surgeries.

Which I thought they would be corrected so the "double vision" would also be corrected also. In fact the eye surgeon told me I should not even need anything for distance, should be able to drive without glasses & after the surgery they would write me a letter stating the surgeries had corrected my driving night vision & issues with "halo's at night etc") and they should take the "needing lasses to drive off my license)". Well, in the first place they still put the prisms in the glasses, which meant some of the double vision was not corrected, & seemed these lasses were not "just readers" but I would need them abut as much as I needed \ before. After all the many weeks and UCH $$$ I went through to get rid of cataracts, & yet things are not a that different. I realize sooner or later I would need cataract surgery but my guess is I may have been able to wait at least another 2 years, got new glasses & by then get the cataract surgery. So, they order my glasses, which when I trie the new frames on I like the "sample ones". They seemed to be as good as my last frames. Which honestly I have 2 sets of frames from my last two pairs of glasses that are like band new. I take care of them so well, I never "usually" have any issues with frames. So, they send me a Text message on Wednesday the new ones were ready. I go to pick them up & I have not yet worn makeup simply due to allowing my eyes to have time to be completely healed & not get an infection from makeup. And the frames are a bit different than my last 2 pair. They are a tiny bit bigger as far as the shape of them and the color is kind of a rose pink. When I tried them on in the store as I picked them out I liked the color on me. she hands them to me (and these frames are exactly the same price as my last two pair) & s soon as I went to put them on they felt, "off". Like they were "loose" on the front pieces.My other ones never felt like that. I told her & she took them in the back & ent to fix them. She was gone quite a while, came back & said, yes they were "loose" at the front screws, so she went through & made sure they were all tight. Well, I put them back on & something still felt "off" but I decided it was just because they are brand new, made a bit different & I just needed to get used to them. After I got hoe, I took out my past pair, 7 noticed just how much "better quality" my last were were. In fact these new ones, are "crooked" when I lay them down on the desk. One ear piece is up in the air & the other laying kind of like it is bent to the inside rather than them being both nice and straight, as my older pair are. Plus I ordered them with the tint when in the sun & they were not getting darker like my old ones. I went on to Ennis, but I am so disappointed in the glasses, still also in the surgery ... plus I used to always get a copy of my "prescription" which I was not given. I like to keep a copy of them so I always know how much they have changed from one script to another. I sent a message & asked for a copy of my script. I decided rather than make a fuss too quickly I would wear them over the weekend (they had been also slipping down my nose) The nose pieces are far larger than my others. Then I AM going make make them either put these lens in another pair of frames like these. I think they ""twisted the frames or did something to them as they made the glasses. When you lay them down they just look crooked. So, there is yet another $$$ & they are NOT Nearly like I had THOUGHT THEY WOULD BE. 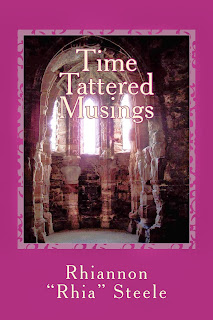