Although WE have come SO FAR in the understanding f "Depression" and how it is not some type of issue that means we are for the most part NOT CRAZY, but is a chemical imbalance within the body, just like Diabetes, and many other illnesses, and chronic illnesses. YET, There is still such a STIGMA for some when it comes to talking with family, with counselors, in getting to groups that can help, going to get the proper medications, and not feeling as if you are nuts. 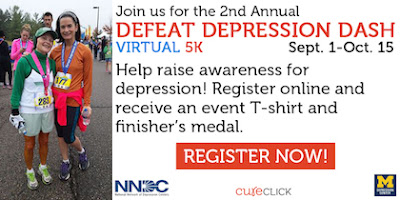 I know I "hid" much of my own depression from my Father when I was in my very early 20's. He was born in 1923, and had watched his Mom (she was probably ill with cancer at the time or something terminal) on probably Morphine, which is all they had for pain control back then, and also did not know about it being possibly harmful as far as addiction... act "crazy" like "seeing things", or "talking about things that did not make sense and so on. Thus he even had her put in the Terrell State Mental Home I guess to "take the cravings" from her...what he was too young and at that time did not comprehend, she needed that medication to keep her out of severe pain.

My Dad NEVER got over the ordeal. He usually almost REFUSED TO SEE A DOCTOR, did NOT want or think he needed things like Blood Pressure Medication, and even tried to say that is was NOT DIABETIC, would not stay on the diet at all, and just about refused the tablets he needed. Thus he went into a Diabetic Shock several times and had to be taken to the ER... but when you look back at how different times were then, I guess it made sense.

No matter how much I tried to explain, he just had his mindset on NOT needing medications. I so wished we could have gotten through to him, but it was what it was... and he lived about 83 years... So, he always said he had lived and done all he wanted to do in life.