Lots going on here, there and yonder...mmm one of those "Texas" words "yonder"??? I have people especially ones in California ask me where "yonder" is??? Well, in TX, it usually means in the direction you are pointing! LOL!!! New word for today....  "lollop"... to "loll" around for short... or to be a bit in a lounging position and it can also mean to "bob" up and down.... I had heard this one and have used it so not really "new" to me, but it puts it in my head to use it more... I am in the process of finishing paying bills, cutting out coupons, and trying to NOT feel BAD!!! I woke up about 4 am with the worst headache, and my stomach was upset.... plus I just have no energy for some reason... and of all days... even though it is sunny outside, the wind chill has to be COLD as heck! Oh, another word I had tried my best to think of last night, and I could recall several words that kind of meant the "same" as what I was trying to come up with. Finally I got the Thesaurus out and looked up "neutered", "watered down" and so forth. Then the word I was looking for hit me... CENSORED... I think something due to me NOT censoring my writing there are times some may get offended by what I say. Now, don't get me wrong, I am not going to poignantly come out and write something meaning to piss someone off or upset them on purpose. But, if I begin censoring my writing, it is no longer what I want to say. It has made me wonder why I don't get as much traffic to my blog as I want. I realize that "links" back to other sites help immensely, to get your rankings up as far as SEO goes for sites and search engines. But, it is not even "strangers" that maybe "googling" a certain type of blog, or illness, and then they come across a link to my blog or facebook page etc. It is more about wanting ALL of those that spend time here at Facebook, Google Plus, and other places they may find out about me being a writer and published author that I am interested in. I seem to never get feedback. No matter if I write about my own health issues, about the other places I am a strong voice as far as advocacy, activist, and ambassador on, or if I am talking about my own latest catastrophic event of the day, I never get many replies back, or more comment is what I mean on the blog in itself. Does that mean people don't like it so father than say something tacky to me, they just don't say anything at all. Or is it I do hit the nail on the head for many, yet they just don't find it necessary to submit a comment on whatever subject matter I may pick for the moment. Well, unless something ridiculous happens this year of 2015 I plan on posting MORE blog posts, and working on both books daily, as well as learning a new word, getting back to my exercising since I have kind of flaked off the past several months. I do lots of running around since Jim is not able to go out, or clean, cook etc... so I get lots of "exercise" with all of that, but I need to be back on the stationary bike, out walking daily or trying once again to use my stair climber. Me and that thing have hell, but it is mainly because my feet want to slip and slide all over the place. That does make it difficult to exercise on when you are constantly having to reposition your feet.

Okay, I have done a couple of the "new" items on the agenda, and I stopped a moment to say hello to all. It is hard to believe the holidays are already past, the new year is here, and once again it is back to the "farm" to hitch up the mules, put the crops in order, get kids back to school, and put noses to the grind stone hoping for a better 2015 for many of us.... take it one step at a time, one breaths space at a time, one day, one week, one month... all at a time... slow down, stop. and try your best to "accomplish" something even if it a new word daily, that you can be proud of for 2015... read a book, write a novel, crochet, paint, learn to play an instrument, go back to college, or just spring clean your home and throw away everytthing that has NOT BEEN USED in a YEAR! I have figured out, if something is lingering around my home, whether in my closet as clothes, or dishes, or whatever might be "building up" and not being used... throw it in the recycle bin, take it to Goodwill, give it away, have a garage sale, but take your home to an entire new level... for me that does mean a great deal of getting rid of stuff that is just that stuff that sits around and is either already worn out, or I will never use, or was meant to do one thing or the other but I never got to it... and I am bound and determined, that I am GOING TO PAIN MY KITCHEN and have a new floor put in. IF it "hair lips" Harry as the old saying goes - actually it is "if it hair lips the Pope"... and I am not sure why, but that is how it has been said for eons... I already have colors picked out, and they have an already "pre-cut" cabinet top that is not all that expensive that should replace mine hopefully quite easily... so my hopes are that at the very least I get a "new updated" kitchen, floor to ceiling, and we get the outside of the house painted... of which I can do most of it myself, but I am just so slow, it will take me quite awhile by the time I sand down all of the old paint (Lord I bet there are 5 layers of old paint) on my cabinet fronts. Someone before us never scraped or sanded anything. and then when we got here, it was a hurry up, had our lease on our apartment ending, and did not want to pay another month's rent if possible... so there were somethings we had to kind of just "do half azzed" at the time, in order for us to move in that fine Winter of 2006, which we almost froze our butts off... Lord it was a cold winter that year. Jim was redoing our hardwood floors, and we were concerned about whether that coatings would dry on them fast enough for us... we really needed to scrape those cabinet fronts and doors, but time made us just get it painted and cleaned up so we could get moved in... wow, how the heck we made two huge moves, including coming to Amanda's wedding the Summer before we moved here, then Dad's funeral at the 3rd month of 2005, then we made the major move to San Pedro CA, and withing 3 months were on the road again for a long haul to Ennis....we got here on December 19th, 2005... Amanda had just had James on the 6th of December, and they all came up, well at that time it was Heather, James a new born, Amanda and Jimbo, then Jason and Danielle I believe both came over... I know Jason did... anyway down memory lane... due to me knowing what I could get accomplished then, compared to how long it takes me to accomplish anything now... is like a very long, long distance... Anyway, off to take meds, eat a bowl of cereal or something, and possibly get some writing done.... ;) , 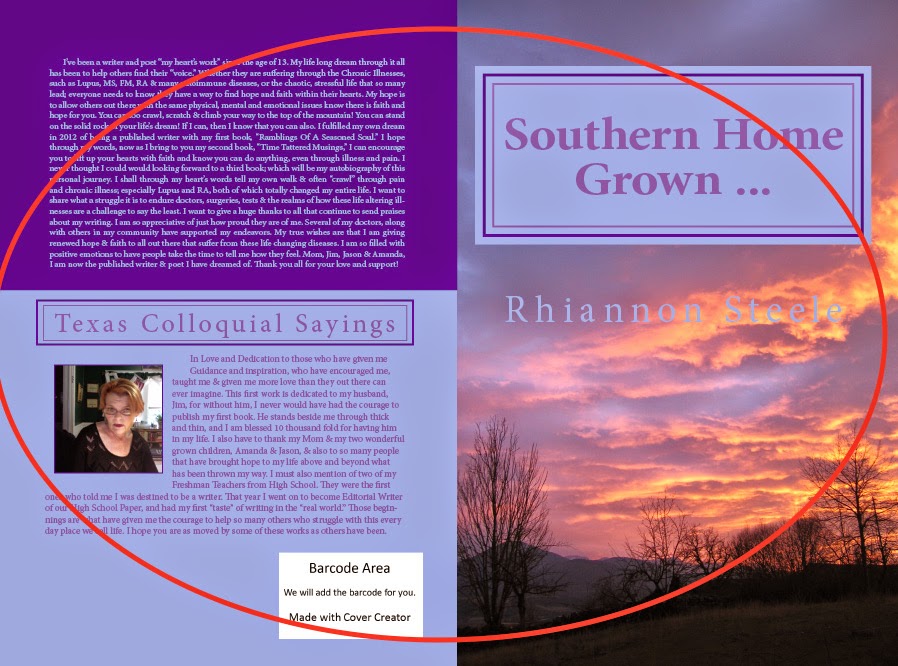 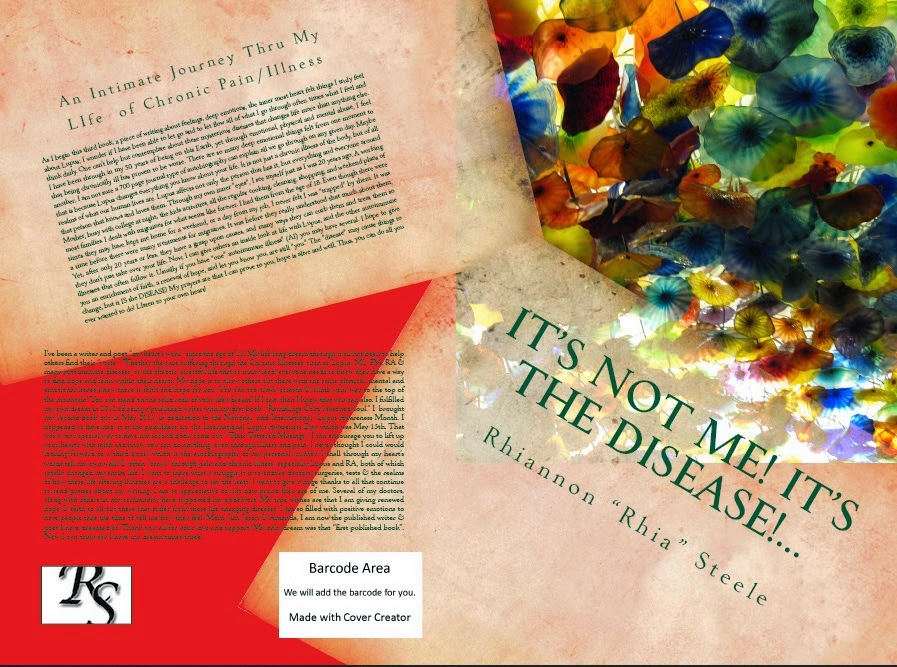 Covers I am working on for my Two New Books