Not the "usual" in my blog - but this is just NOT Right, no Matter How you slice it!

I'm not one to get into the "political" issues around just anything. When it comes to illnesses, and our governmental ways, I've learned that I MUST get involved and speak my mind. It is up to me to have my say. The only way I can do that, is not hide my head in the sand, but to speak up, speak out, give my opinion, and when it comes to "morals" then I feel it is even more ridiculous for me not to stand up for what I feel is right.

I have read this story about these two guys, who are "gay". However you want to say it, they are together as a couple, and even moreover they have "twin sons" they know each one "fathered" one, and the other the other one. They know the Mom, who carried the twins and knows the story also.

I guess even though I had read about it, I had not realized until very recently this is in Texas! Which is neither here nor there, expect it makes me want to even speak up MORE for these men. How ridiculous is it to "take away" biological "parents" from two loving, upstanding, "fathers", who above all HAD THESE BOYS BECAUSE THEY WANTED TO! It took a great deal of courage to go through this knowing how "homophobic" others can be. It is certainly not as bad as it used to be, but here in TX, I would assume to say, more people than in many other states, probably are more to leaning to be "homophobic" than others.

So, here these proud young Father's are, to be loving and caring for precious little sons, and some stupid Judge say they cannot be on their birth certificates, and further more are not acknowledged at all as far as being "biological" to the twins. Talk about one stuck up, ridiculous, homophobic, stick in the mud, head in the sand, and "non moral" people... this judge has to be heartless and headless it sounds like.


I was looking to see if there is a petition or somewhere we can "sign" on stating that we as others in this nation stand up and give these Dad's the legal rights as parents should have. Being "gay" straight, or whatever does not a parent make for sure!! but, wanting, loving, raising, providing for their needs, keeping food in their mouths, and a roof over their head, saving for school, college and watching them grow and have dreams of their own is what these men should be able to do... WITHOUT SOME OLD FART judge stepping in the way....

There should be NO argument whatsoever... these are their sons... period....

I hope others will also stand up and speak their peace on this. These guys deserve a happy life as parents, just as any male/female couple does. 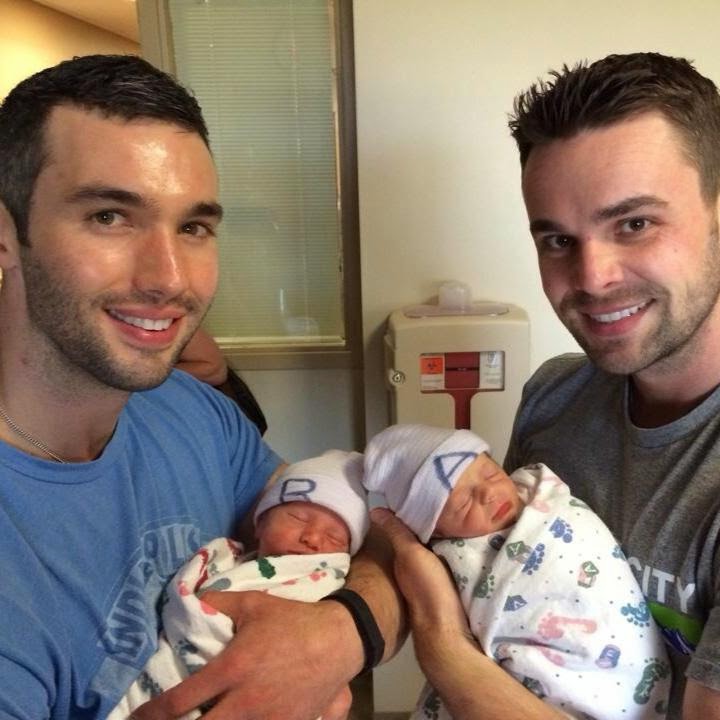