Sharing More About My Pathway to being An Autoimmune "Voice" Activist, doing Advocacy & being An Ambassador for AI's - A Long Journey...

I am WAITING "patiently". I am supposed to get a huge "suprise" goody box from the Arthritis Foundation. Since I was not able to attend the Summit, they are sending me my "Platinum Ambassador" certificate, along with some other things from the Summit!!! Hopefully another reusable bag, so I can "advertise" plus maybe a T-Shirt smile emoticon I hope. We got them last year, so maybe that will be with some of the rest of it... I will take a picture after I get it so everyone can see what kinds of things I got.... I am still so totally bummed about not getting to go to DC I pray and pray, I will get another chance in the future! :):) I certainly hope so... being in DC for me, is the ultimate "advocacy" way to get your message across... I did last year in 2014... and even though I didn't get to go physically this past time, my heart, soul and spirit were there and I was "tweeting", blogging and posting everything I could to help spread the word!

I will have more and better pics in a bit.. my battery on my camera needs charging. But, here is a portion of the awesome box I received yesterday from The Grassroots Manager at the Arthritis Foundation!!!! Even though I did not make it to DC this year and be awarded my plaque in person, I hope next year to go one way or the other... I was so surprised and honored to receive this! 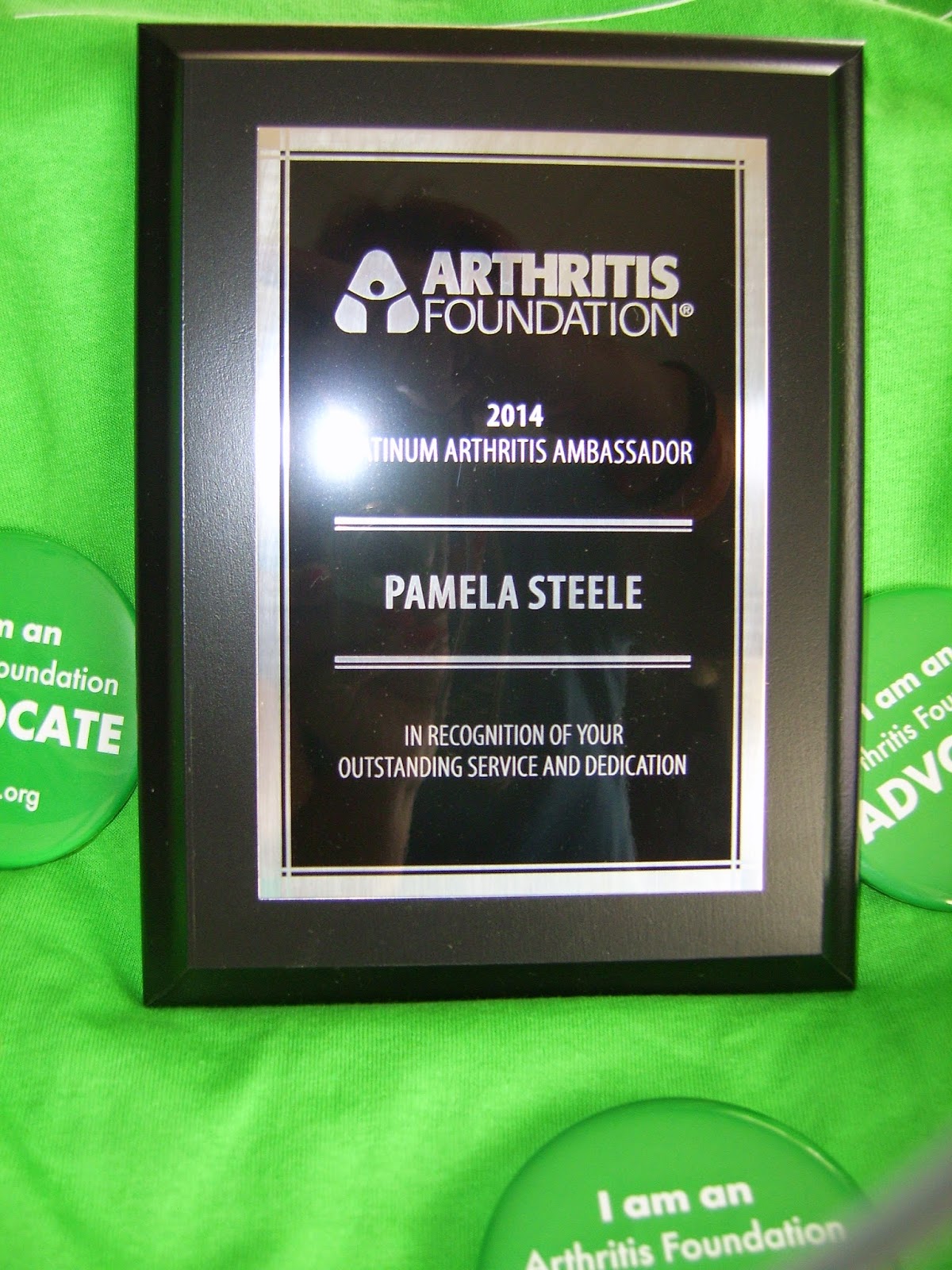 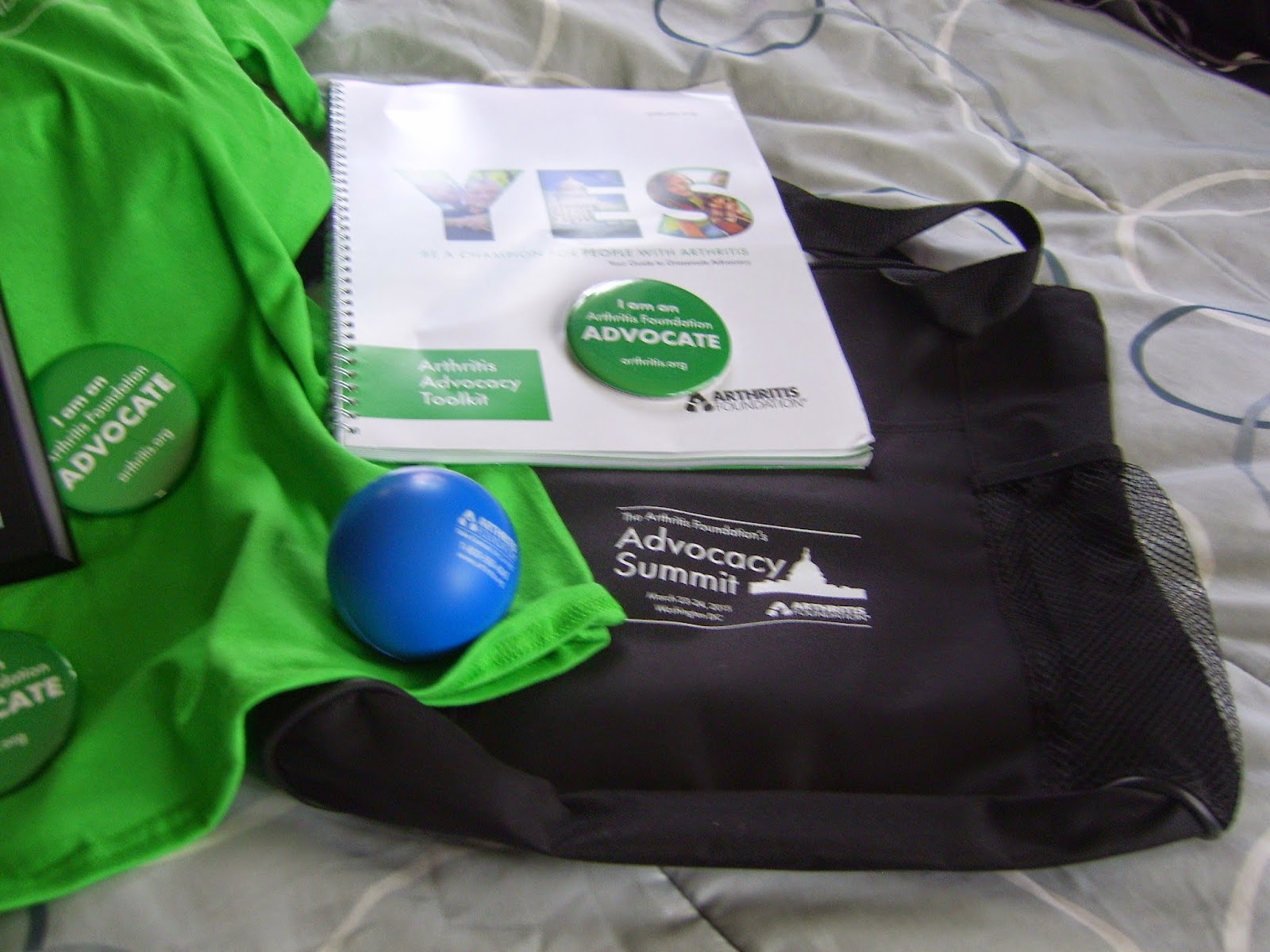